This article was originally published in

On Nov. 12, 2019, the Saskatchewan Hockey Association (SHA) made public its decision to eliminate the Beardy’s Blackhawks Midget AAA hockey program from Beardy’s & Okemasis Cree Nation, one of the largest First Nations in Saskatchewan. It was the only Midget AAA franchise in Canada run by and on a First Nations reserve.

Both Beardy’s Blackhawks, which includes both Indigenous and non-Indigenous players, and the Notre Dame Argos will play their final games this season. Teams will be added in Warman and Estevan. Because Notre Dame has one remaining team in the revised league, Beardy’s is the lone community losing both its entire Midget AAA and AA hockey programs.

This decision will eliminate a uniquely Saskatchewan opportunity for cross-cultural exchange among Indigenous and non-Indigenous youth and their families. We believe the team has exceptionally benefited both the players and the broader Saskatchewan hockey community.

Our work with the Indigenous Hockey Research Network has led us to interview former players who have experience with Beardy’s. Many players reported a deep sense of community and personal growth nurtured by a sporting environment informed by Indigenous values.

According to the Saskatchewan Hockey Association (SHA), the realignment initiative was designed to grow elite hockey in the province by supporting healthy, well-supported franchises in communities where specific criteria could be met. The SHA realignment criteria prioritize local coaching resources, a billet co-ordination structure, education agreements with local schools and educational consultants for players. 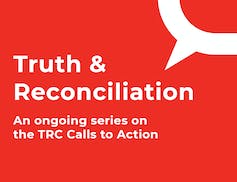 Click here for more articles in our ongoing series about the TRC Calls to Action.

Ensuring that all players are supported in their development not just as athletes but as students and burgeoning citizens is undeniably important. Yet, players from diverse backgrounds require diverse kinds of support. A focus too closely on dispassionate evaluation criteria can risk obscuring more complicated cultural and historical issues.

For 25 years, Beardy’s Blackhawks has offered scores of First Nations and Métis players opportunities for development and success they would not have received elsewhere.

In 2006, for example, Craig McCallum from Canoe Lake Cree Nation was on the verge of quitting hockey. He had been the target of virulent racism while playing as one of only two Indigenous players for North Battleford’s Midget AAA team and got to the point where he “hated hockey.” He recalls:

Playing on a team of majority Indigenous players in a culturally informed environment with supportive staff and coaches, McCallum emerged that following year as the league’s leading scorer and co-MVP. As McCallum says:

“A lot of kids that didn’t get opportunities at other places got their shot at Beardy’s, and we were successful.”

The opportunities for unlearning settler preconceptions about Indigenous peoples and Indigenous communities are significant. The parents of a current non-Indigenous Beardy’s player, for example, told us how they had been asked by other hockey parents in their home community if they were afraid to have their son play for the team “out there.” The implication was that their son would be less safe in a First Nations community. This is due to deeply rooted perceptions of Indigenous communities as violent.

Non-Indigenous players, skating in rinks with masked faces and the Blackhawks’ logo on their chests, may also briefly experience what it is like to be racially coded as Indigenous in this country. Several former players identified incidences where biased refereeing, racial slurs and unwelcoming environments forced them to reconsider the nature of race relations in sport in Canada.

There are few more fertile sites for genuine work toward reconciliation than Beardy’s Blackhawks.

Canada’s Truth and Reconciliation Calls to Action 88, 89 and 90 insist that the government and sport associations “take action to ensure long-term Aboriginal athlete development and growth,” to reduce “barriers to sports participation” for Indigenous athletes, and to ensure “anti-racism awareness and training for non-Indigenous athletes.” Beardy’s Blackhawks is uniquely positioned to perform all of these, as it has done for decades.

In an interview on CBC Radio, SHA General Manager Kelly McClintock said the Midget AAA league is “starting with a clean slate.” He also said that the unique qualities of the Beardy’s program are no longer needed because, unlike when McCallum had played 13 years ago, “there’s a lot more acceptance of Indigenous kids” in elite hockey in Saskatchewan.

Yet, anti-Indigenous racism has not been eradicated from Canada and is clearly present in hockey. As much as we might desire a “clean slate,” hockey in Canada comes with baggage.

Reconciliation requires reckoning with the truth of how Canada’s history of oppression towards Indigenous peoples continues to impact the opportunities for success of Indigenous athletes. It requires understanding the lingering effects of policies of exclusion and assimilation on the prairies. And it means honouring the history of resistance and community building seen in organizations like Beardy’s.

The Saskatchewan Hockey Association can do better. It needs to reassess its re-zoning decisions to take into account the rare qualities of the Beardy’s Blackhawks organization. Factoring in these qualities that don’t register according to dispassionate evaluation criteria will demonstrate commitment to reconciliation in this country. And it will aid in the development and well-being of Indigenous youth hockey players in Saskatchewan.

Bring Beardy’s back. Reconciliation demands it, and both Saskatchewan hockey and Canada will be better for it.

[Deep knowledge, daily. Sign up for The Conversation’s newsletter. ]

This article is republished from The Conversation under a Creative Commons license. Read the original article.

Keeping it local: The story behind a made-in-Saskatchewan COVID-19 emergency-use ventilator

The ‘Christmas Star’ appears again: Jupiter and Saturn align in the ‘great conjunction’ on Dec. 21, 2020

Picture this: These beautiful books help children read the world

Dissidents of the Turkish government are living in fear in Canada